The Front Range Fire Rescue Board has reached an agreement with the next Fire Chief following the retirement of Chief Ron Bateman. Chief Ron Bateman has served his community for 21 years, beginning his fire service in 1998, in Bloomington, Indiana and serving the Milliken and Johnstown communities since 2009. Chief Bateman has a Master's Degree in Organizational Leadership from Gonzaga University and plans to continue researching and teaching leadership following his retirement.

Michael West has agreed to terms with the Front Range Fire Rescue Board and the Board will take formal action on the contract accepted by Chief West at the upcoming June 12, 2019 Board meeting. The Retirement and Change of Command ceremony will be held June 28, 2019, 10:00 am at Station 1, in Johnstown.

Michael West has been a member of the fire service for over three decades and is a fourth-generation firefighter. He currently serves as District Chief at South Metro Fire Rescue in Centennial and will be retiring after 29 years with that department. He holds a Master’s Degree from Seton Hall University in Strategic Communication and Leadership and also holds degrees in Management as well as Fire Science. In his spare time, Chief West is a bagpiper with the Colorado Emerald Society and enjoys travel and motorcycle riding. He is looking forward to becoming an active member of the Front Range Fire community and serving as the next Fire Chief.

The selection came after an in-depth review and assessment of 35 candidates. Front Range Fire Rescue Board President, Darrin Rutt said that Chief West’s "years of experience, ability to mentor and lead, along with his exemplary education, make him the best person to replace Fire Chief Ron Bateman." Rutt went on to say, "Under the leadership of Chief West, I know that the safety of the public and the safety of our firefighters is in capable hands. The Front Range Fire Rescue Board and I have pledged our full support to him and the department. We rest assured that the proud tradition of our fire department will continue under his guidance." 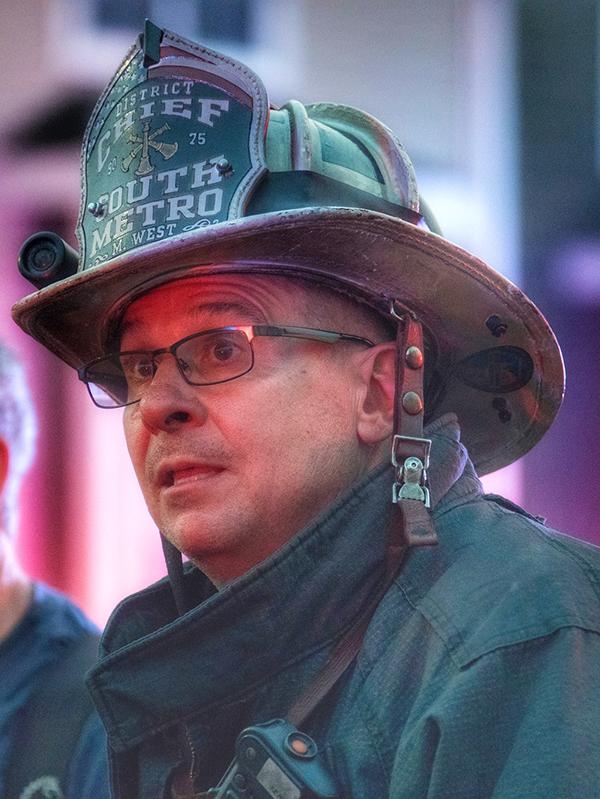 This year’s campaign, "Learn the Sounds of Fire Safety!" works to educate everyone about the different sounds the smoke and carbon monoxide alarms make.
Read More
News Article

Filling the Boot for MDA

This coming weekend, our firefighters will once again be "Filling the Boot" for MDA.
Read More
News Article

Welcome to our newest recruit, Lyndsey Glotfelty! Lyndsey grew up in a family of loggers learning to drive on a log truck in Maryland.
Read More
News Article
Colorado Official State Web Portal